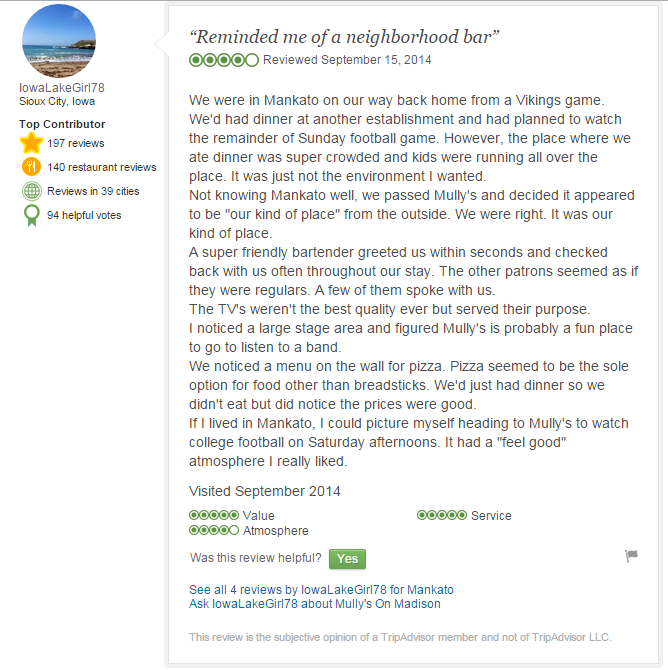 Winstock 2014 Rumble on the Road 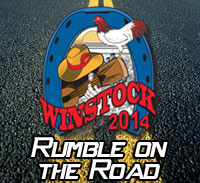 In celebration of Winstock's 21st year, we are taking to the road in preparation for one of the best festivals yet! Visit these bars for top-notch music, drink specials, and visits from favorite radio personalities as we gear up for Winstock 2014.

Of course, a few Winstock tickets and CDs from your favorite artists may be given away at these events, as well. Mark your calendars and plan on making a stop at the "Winstock 2014 Rumble on the Road!"

Krista Johnson is doing more than serving beers and other cool drinks to earn her tips at Mully's on Madison these days.
She¹s also an official tutor for customers willing to hand over some cash, take an iPad into their hands and try Minnesota's newest style of charitable gambling. Thanks to a southern Minnesota non-profit organization that was ready to roll quickly with electronic pull tabs, Mully's is the first bar in Mankato to have the new devices. 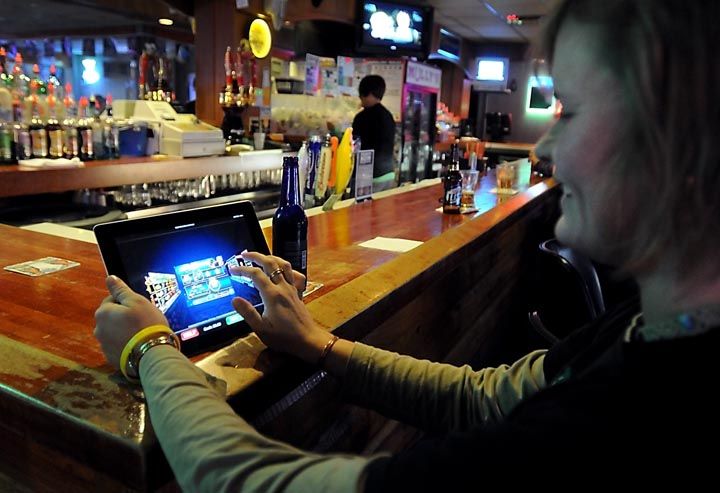 Mully's on Madison bartender Krista Johnson demonstrates how to use one of the bar's four iPad-based electronic pull tab machines Thursday. Mully's is the first Mankato bar to feature the newest style of charitable gambling. - Pat Christman The Free Press

There are four portable gambling terminals at the bar and, in between mixing drinks and grabbing beers, Johnson was busy teaching patrons how to use them.
"Most of our clientele is older and they're curious," she said. "They want to see what it is and what it's all about. Most of them don¹t have iPad tablets, but they¹ve been to the casinos so they figure it out pretty fast."
All they had to do was hand Johnson their driver¹s license and some cash. Within seconds she used a device next to the cash register to load credits onto the iPad and her customers were ready to play a variety of electronic
games.
If they weren't winning, they were donating money to the new Vikings football stadium and the Prairie Ecology Bus Center, a Lakefield-based mobile scientific classroom that travels to schools throughout southern Minnesota.
Terry Wheeler, Prairie Ecology Bus charitable gambling manager, said the owner of the Phat Pheasant bar in Windom encouraged him to contact Express Games, the sole distributor of the only electronic pull tab games that are currently legal in Minnesota. The Pheasant, Mully's and The Shed bar in Lakefield were already selling pull tabs to raise money for the Prairie Ecology Bus Center.
After a few meetings between Wheeler, the bar owners and Jon Weaver of Express Games, plans were in place to start electronic gambling in all three bars. Mully¹s and the Pheasant went online this week. The Shed will be online later this month, Wheeler said.
Getting everything in place has been a challenge, but Wheeler said the extra work now will pay off later. A lot of the regulatory paperwork that had to be completed for paper pull tabs is done automatically with electronic pull
tabs, he said.
"It's been time consuming but rewarding because we're hoping it's good for everyone," Wheeler said. "It's such a new thing we're all kind of learning together and it's going well."
There are several other charities in the Mankato area that are on Express Games' list to add electronic pull tabs to the bars where they already sell paper pull tabs, Weaver said. The distributor is purposely working to get the devices in every region of the state so gamblers, as well as charitable gambling managers and other bar owners, can give them a try.
The business has crews working throughout the state with the goal of adding 30 new locations per week. Eventually Express Games hopes to ramp up to adding 50 bars per week. Ten bars in the Duluth area alone will be going online today. The busiest time of year for charitable gambling games is in the winter, when people are less likely to be enjoying outdoor activities.
"Our best sales tool is to have our product out in the field," Weaver said. "Instead of having product demonstrations, we have people going to Mully"s to have a drink and have a sandwich and trying us out."
Patrick Mulligan, Mully's owner, said he is eventually hoping to have 12 electronic pull tab devices in his bar. According to state law, bars with a seating capacity of 200 or more can have a dozen machines. Smaller bars can have a maximum of six devices.
Right now the games are very similar to pull tabs. A new bingo game being launched later will give gamblers an opportunity to win hundreds of dollars with a $1 or $2 bet because it will be linked to bars throughout the state, Mulligan said.
IN MEMORIAL

Jessica Nadine Rick, age 32, of Mankato, died unexpectedly of natural causes on Tuesday, May 5, 2009 at her home.
A memorial service will be held at 10:00 a.m., Monday, May 11, 2009 at Mankato Mortuary. Interment will be in Ft. Snelling National Cemetery in Minneapolis. Visitation will be one hour prior to the service at the mortuary. Memorials may be given to the Christian Children's Fund or the Harry Meyering Center.
Jessica was born on February 8, 1977 in Ft. Carson, CO. She was the daughter of Charles and Valerie (Weir) Rick. Jessica was a 1995 graduate of Central High School in Norwood-Young America. She received her Bachelor's Degree in Psychology and Spanish from Mankato State University. Jessica went on to receive her Masters and Specialist Degrees from Moorhead State University. She entered the U.S. Army Reserves in December of 1994, had a tour of duty in Iraq from February 2003 through May 2004, and currently held the rank of Warrant Officer with the 417th Reserve Unit in Faribault. While in school, she was employed with the Harry Meyering Center. She worked with the River Bend Special Ed. District in New Ulm since 2002 as a school psychologist and also part-time at Mully's on Madison. Jessica enjoyed exercising at the YMCA, caring for her pets, and sharing family memories especially during "game nights".
Jessica is survived by her parents, Charles and Valerie Rick of Virginia; three brothers, Bernard Rick and his fianc"e, Angie Reed of Rice, Zachary Rick of Duluth, and Abraham Rick of Duluth; maternal grandmother, Barbara Weir of Peachtree City, GA; aunts and uncles, Pam (Rick) Lander, Rob Weir, Renie Smith, Peggy Rick, Dennis (Julie) Rick, Marsha (Tom) Hall, Mary (Ron) Roy, and James (Shelly) Rick; also many cousins.
She was preceded in death by her paternal grandparents, John and Johanna Rick; maternal grandfather, Robert Weir; and two uncles, John Rick Jr. and Larry Smith.